This afternoon mother-in-law went long way back to Kobe. She stayed with us for about a month to help us with the baby. Thank you so much anyway.

The only regret with her was, for me, that she didn’t like listening to music much, and that she didn’t understand how much (and how often) I love listening to music as a daily basis. So while she was staying with us at home, the loud speaker on the right side had to stay away from the speaker-stand, because the speaker is always located in front of the window to the veranda, and she always complained that the speaker stood in her way out to the veranda with laundry . . . yes she’s right. 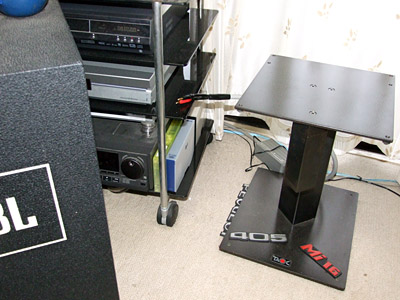 So, for most of the time in the past three weeks, I had to listen to the music through poor small speakers while working in front of computers. This 10CD “Wallet Box” (known for budget price) by Charlie Parker was one of such albums I had to enjoy with poor small PC speakers. 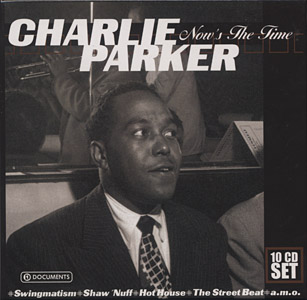 One day I was listening only to Disc 1 of the 10CD box so many times, and I noticed I love the disc the most compared with other nine.

Every Jazz fan should agree that one of his best sessions is a series of Dial / Savoy recordings. I agree. On the other hand, such early recordings as we can hear on this Disc 1 are another interesting showcase of the “transition period” from Hot Swing to Be-Bop. We can clearly find Bird’s alto sounds so unique among hot and swingy Jay McShann’s orchestra, and at the same time we may be surprised that his revolutionary alto sound blends so well with such swingy rhythm.

Other noticeable track I found great was “Hallelujah” by Red Norvo and His Selected Sextet (June 6, 1945) – what a beautiful contrasts among Flip Phillips‘ fine-and-mellow improvisations (on 4th chorus – it’s one of my best favourite solo by “Flip” Phillips!), Teddy Wilson‘s swingy piano interpretations (on 5th chorus) and Bird’s superb boppish phrases after Slam Stewart’s solo. What a great performance!

And now I can move the speaker back on the stand, I can turn on my tube amplifier, and I can enjoy listening to CDs, vinyls and 78rpms, as long as the music is not too loud to make the baby cry. Anyway now the time has come to me! 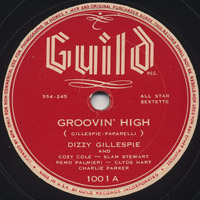 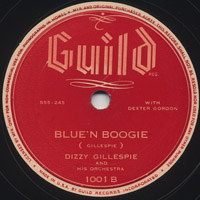 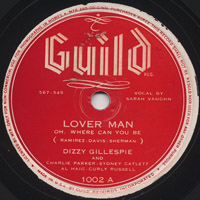 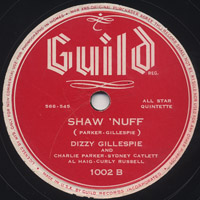 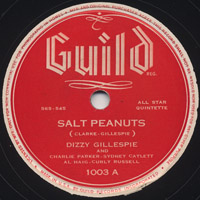 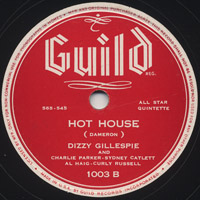 These are all “classic of classics” – the earliest and the finest example of Be-Bop by Dizzy Gillespie and Charlie Parker. These three 78rpms (all from Guild label) sounds far better than the above 10CD box, of course, and I really enjoyed the 78rpms all the way this afternoon.


My little baby start crying every three hours asking for breast milk. This afternoon, when I was listening to the above 78rpms in the living room, she started crying again in the bed, even though she already had breast milk only an hour ago. So until my wife was ready for breastfeeding, I held my baby in my arm and took her to the living room filled with the classic Be-Bop sound comin’ from the 78rpms. Soon after that, she stopped crying and it amazed me! She even looked very curious and interested in what she was hearing. I hope she will like that Jazz of 62 years ago . . . 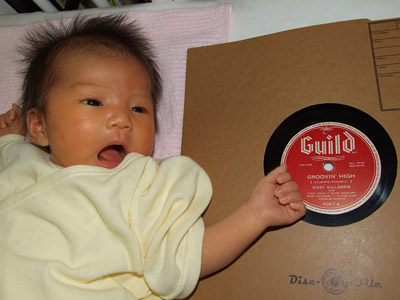